We received one of the most heartbreaking wishes ever from a grieving grandmother named Angela. Angela explained that her beautiful grandson Connor, who was just 7 years old, was killed in a house fire in April. Angela’s grief was palpable.

Connor was staying with his dad (Angel’s son) when their apartment building caught fire. Connor’s dad was able to save Connor’s two baby brothers from the fire but was unable to reach Connor. In addition to the immense grief & emotional pain Connor’s dad is enduring, he sustained 3rd degree burns on various parts of his body which he is recovering from.

In addition to losing Connor, the family lost all their belongings. Angela reached out to us for help with clothes and diapers for Connor’s brothers. We went a bit further. Connor’s brothers are 18 months and 2 1/2 years old – the babies and dad and are now living with Angela.

We decided to help Connor’s siblings by sending Angela the following:

1. A check for $500.00 to help Angela with the cost of food and diapers for the babies while she cares for them;

2. A brand new 3 in 1 crib for the youngest baby that will later turn into a toddler bed and then a twin bed and can be used for years. The baby was currently sleeping in a pack & play.

4. A plethora of new clothes for both babies and a case of 1200 baby wipes.

Special thanks to Kimberly-Clark for directing Angela to us. We were happy to help this worthy family.

We ask everyone to please keep Connor & all who loved him in your prayers. 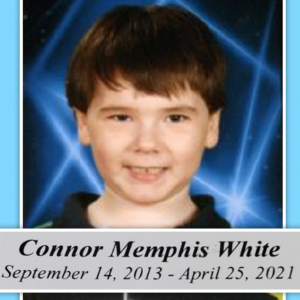 🎅🏼Working man & sole provider of family on the brink of losing everything receives a big Christmas blessing from Bianca’s Kids.

🎅🏼 We have Christmas surprises for over 100 kids & families this holiday season!

INFANT DROPPED OFF TO GRANDMOTHER 18 MONTHS AGO IN DESPERATE NEED – GETS WISH GRANTED BY BIANCA’S KIDS.

WISH GRANTED for child who entered foster system with nothing but a plastic bag.